Give A Little Bit; Crowdfunding 101

Give A Little Bit; Crowdfunding 101

September is one of my favorite months.  Not only do the leaves begin to change and we start to feel a familiar chill in the air, but it also signifies the beginning of the non-profit season, where many organizations hold their top balls, galas and events to raise funds for various causes.

These days, the season seems to begin earlier and earlier, and as technology changes, so do the efforts made by these charitable organizations to reach a greater number of individuals.  One of the emerging areas of reach lies with crowdfunding.  Crowdfunding, in its simplest definition, is an effort to raise money for a shared goal using pooled revenue from individuals. Crowdfunding campaigns are spectacular ways to earn additional donations for an organization and with new technology, can spread internationally through the nexus of social media.  In addition, mobile platforms offer effective alternatives to traditional crowdfunding events, such as telethons and phone banks, appealing to a wider demographic of possible benefactors.

Here’s a popular example of a mobile crowdfunding campaign:  A horrible disaster has occurred (an unfortunate example Colorado knows all too well), and you want to help.  You are then asked to text a one-word phrase such as “Help” or “Relief” to an established set of numbers, whereby charging a nominal fee ($10 or less) on your cell phone bill.  Voila!  You have now safely donated money without offering a credit card number or any personal information.  This method is wildly popular with the millennial generation and remains one of the most successful crowdfunding initiatives.

However, mobile crowdfunding can be adapted into more customized approaches using association membership and/or event management.  For instance, if you have a 501(c)(3) affiliation and want to employ the use of mobile giving for event(s), there are many companies that can assist.  Many of them (see mobilefunding.org) have pre-negotiated with wireless carriers to utilize their SMS (short message service) at no charge, saving you many steps.

An example:  You are the Executive Director of the 501(c)(3) Kelly Kucera Foundation of Fabulous Shoes.  The KKFFS has its upcoming largest event of the year, where you will be selling tickets as well as holding a silent auction to maximize the give.  You have a healthy base of 3,000 members, but only expect 800 at the event.

Enter a $10 mobile giving campaign!  Your marketing efforts now include a call to action to text “Stiletto” to 88888, which in turn allows your full membership to contribute to a possible pool of $30,000!  Now, you are reaching all members and directing them to donate, whereas before, you were reaching only the attended guests.  Keep the campaign open before and during the event, constantly reinforcing the message of the $10 gift and you’ll be able to move closer to that extra pool of cash with  simple taps from your fingertips. Mobile campaigns are easy to use, but do your homework.  Some of these “middle men” will take access and processing fees, so be forewarned.

Registration is another area to push crowdfunding campaigns, and isn’t limited to the non-profit market.  If you have an association or corporate event and want to diversify your community involvement, why not partner with a local charity, especially in times of need?

Our disasters come to mind again…  X Association is planning on meeting for their annual meeting of over 1,200 attendees.  X has traveled to the same city for years, and wants to assist in its host city efforts.  X Association partners with its registration company to create an optional $5 opt-in field on its online platform, which is tracked and added to the attendee’s final tally for the conference.

X Association then presents the money to the local charity, and the association has not only infiltrated the local economy, but also altruistically reached out to its own clientele for help! The key to either giving campaign is through the amount that is requested, so keep the values low and you will have more success.

So next time you find yourself at a Grocery Store and are asked by a checker if, “you want to give $1 to Pediatric Cancer Research,” you now know you are officially part of a crowdfunding campaign.  Punch the yes button and give it a try.  Sixty-three of these checkout campaigns earned over $1,000,000 each in 2012 and raised a collective $358.4 million for respective charities… 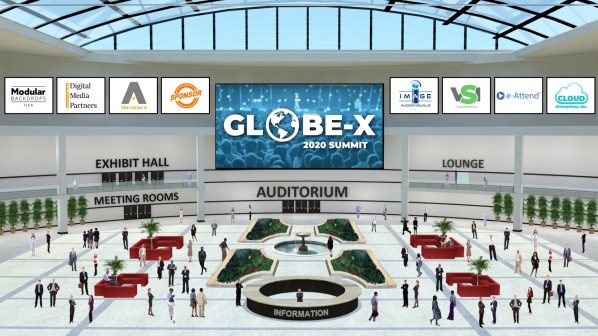 Reserve your copy of our latest white paper,
The New Future of Events, and learn:

New event format, budget and team considerations
The importance of metrics, event content, and safety and security
Sponsor and exhibitor considerations and more